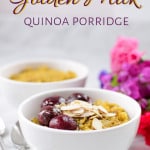 Naturally vegan and gluten-free, this Instant Pot or stove top Golden Milk Quinoa Porridge Bowl is an anti-inflammatory, plant-based bowl of goodness with a warm, sweet flavor that will help you heal from the inside, out.

I included this Golden Milk Quinoa Porridge recipe in my cookbook, The 30-Minute Thyroid Cookbook, because it was the first thing that I was able to eat when I got home from the hospital, and it literally tasted like sunshine in a bowl.

After battling with an unexpected illness for nearly two months, I was at a point where I could not eat anything at all, and if I did, I was sorry.

Nearly a month into my health nightmare, I learned that I had developed a form of colitis, known as c. diff colitis, that left me running to the bathroom multiple times a day in excruciating pain.

I was left untested and undiagnosed with this painful condition for nearly two weeks, which did extreme damage to my gut microbiome, leading to a syndrome known as 'leaky gut', or professionally referred to as 'increased intestinal permeability'.

After consulting with my functional medicine physician, it was suggested to me that I should follow a plan called the 4 'R's of Gut Restoration: Remove, Replace, Reinoculate & Repair - a protocol used to help heal damaged GI systems like mine.

Because I had been sick for so long, I had already breezed through the remove phase (note: the sarcasm). I was sent home with a long list of 'to-do's': foods to eat, foods to avoid, and a loooong list of supplements.

I usually cringe at the thought of diets or guidelines like this, but I was at such a low point, I figured it couldn't possibly get any worse, so I vowed to follow the plan: dairy-free, gluten-free, sugar-free, with a expensive 15+ supplement regimen.

My mom was worried about me, as mothers do, and wanted to make me something I could actually eat. I told her my 'guidelines' and that I wanted something with Turmeric, my favorite anti-inflammatory functional food and she got to work in the kitchen.

Some mothers may have been intimidated with such a request, but not my mom. She has become a master of delicious, healthy eating over the years as my sister is a Type 1 Diabetic and a registered nurse and her other daughter is (obviously) a registered dietitian nutritionist.

Healthy eating has always been important to our family, and she knew exactly what to make for me.

This, being the first thing I ate in nearly a week, was the most delicious tasting food I have ever eaten. It was warm and sweet, spicy but subtle.

You could taste the delicious combinations of the healing spices like turmeric and cinnamon, and the quinoa was the perfect consistency to stay soft and easy to eat.

After I started to heal and get better I asked my mom to write down this recipe for me, so she really deserves all the credit for this healing power bowl. 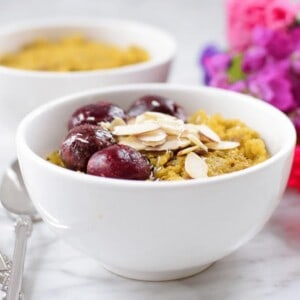 In the Instant Pot

On the Stove Top

*Note - if your porridge feels too thick, add more coconut milk until you reach your desired consistency. *If you're new to cooking with Turmeric, consider using a ½ teaspoon to get started. 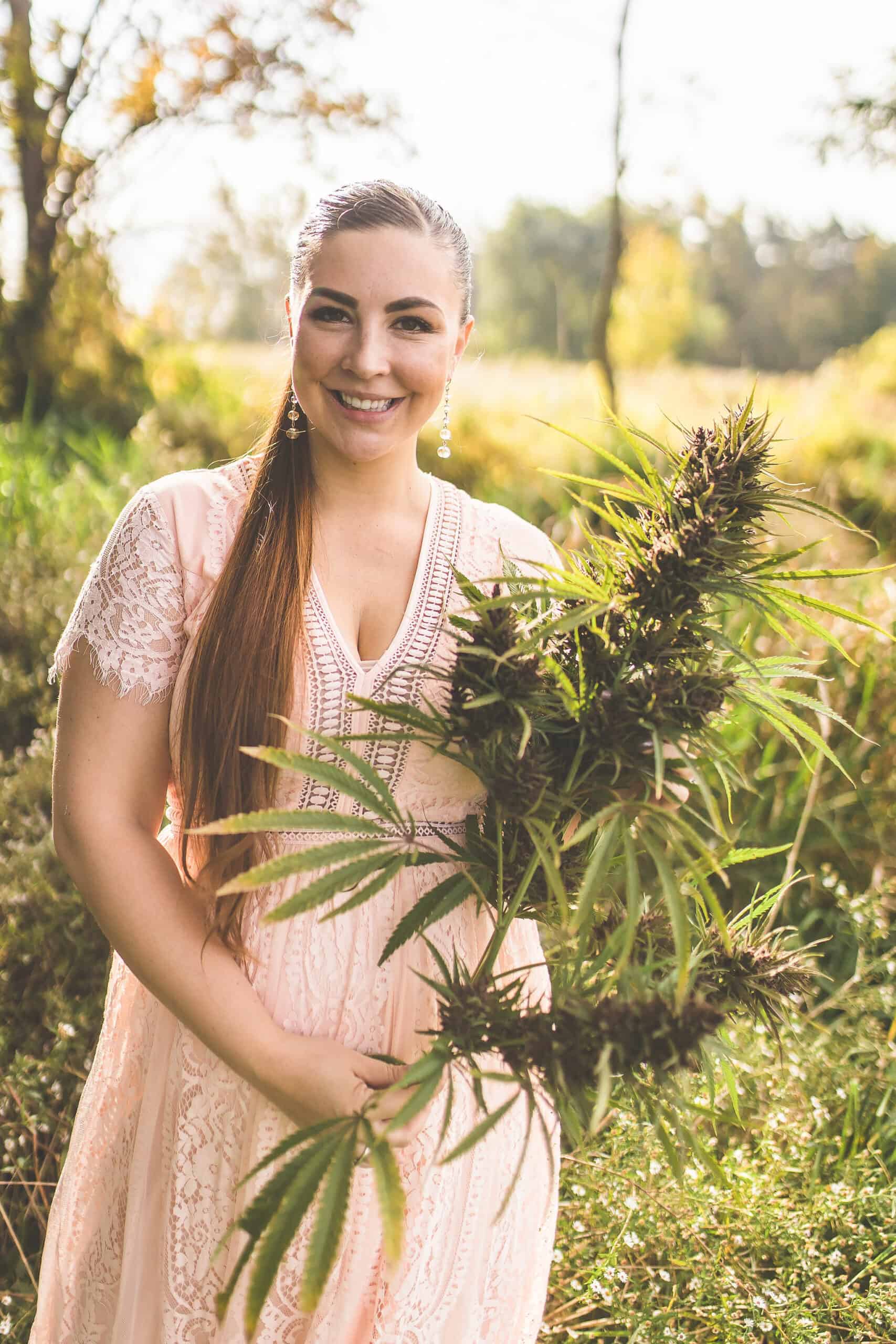 Hello, I'm Emily Kyle. I teach people just like you how to use cannabis to find joy, enhance their productivity, improve their relationships, and naturally support their overall health and well-being.